On the 27th of October we had a Halloween themed gig at The Hub where we got The Funktones to come and play. The band consists of pianist and vocalist Ara, bassist Johnny, guitarist Dallas and drummer Steve.

It started with the team transforming The Hub from classroom to a spooky venue with cobwebs, spiders and balloons. After a quick costume change we were ready to start the gig. 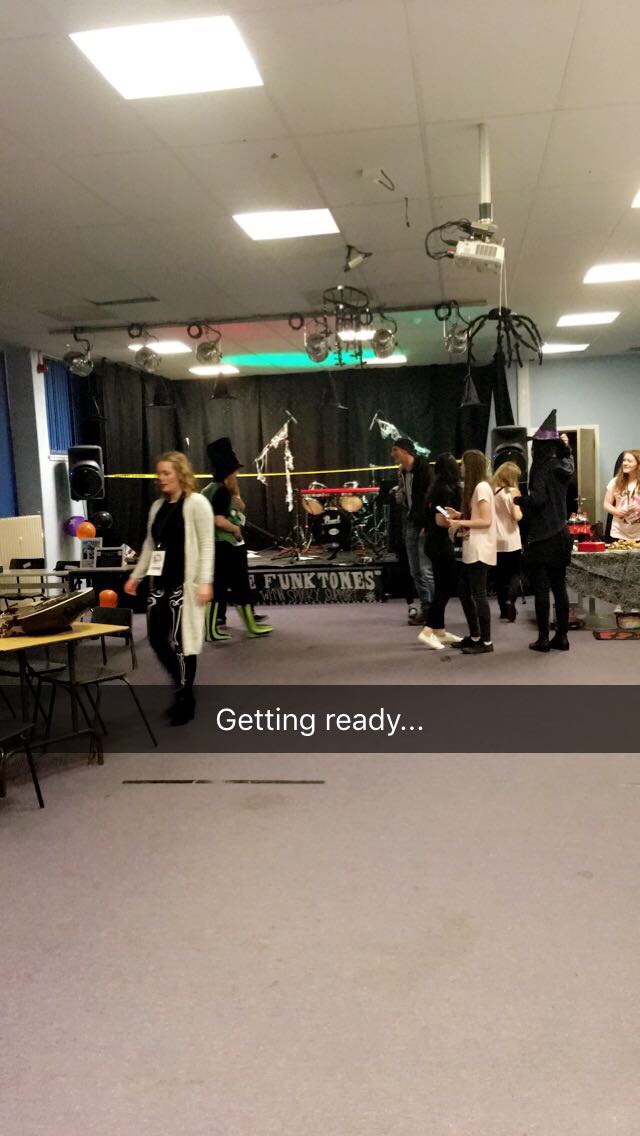 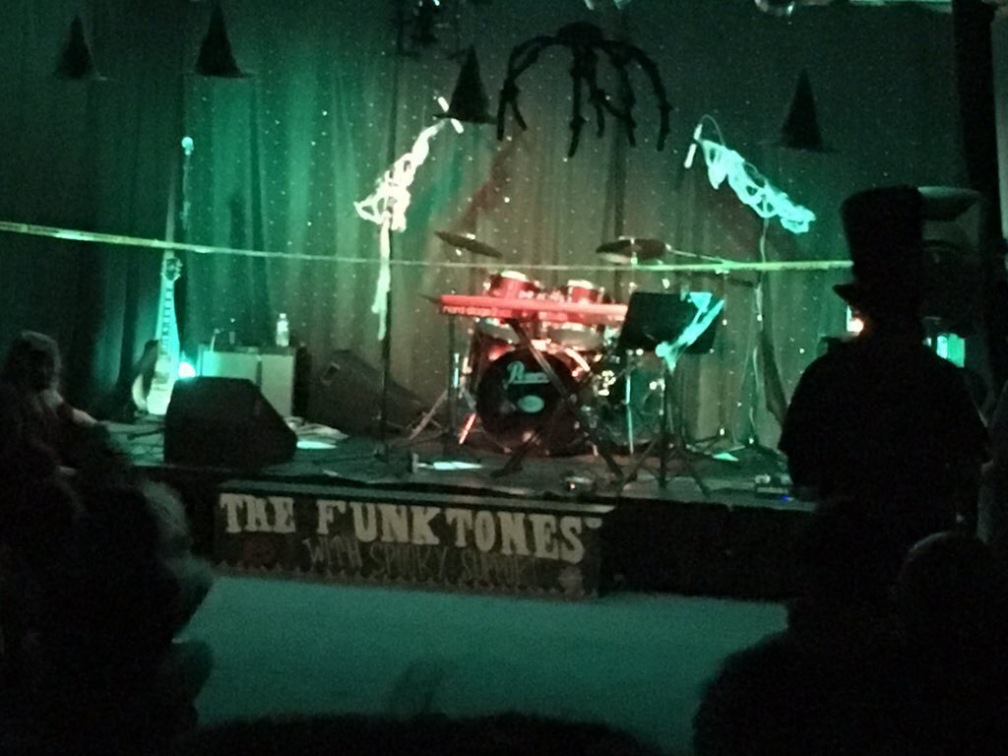 We had a wide variety of costumes from witches and skeletons to a leprechaun and Scooby Doo characters. We even had some of the audience come dressed up too which brought a whole new level of excitement to the gig! Although the best costume was Mr Murphy and his son who came as The Ghostbusters! 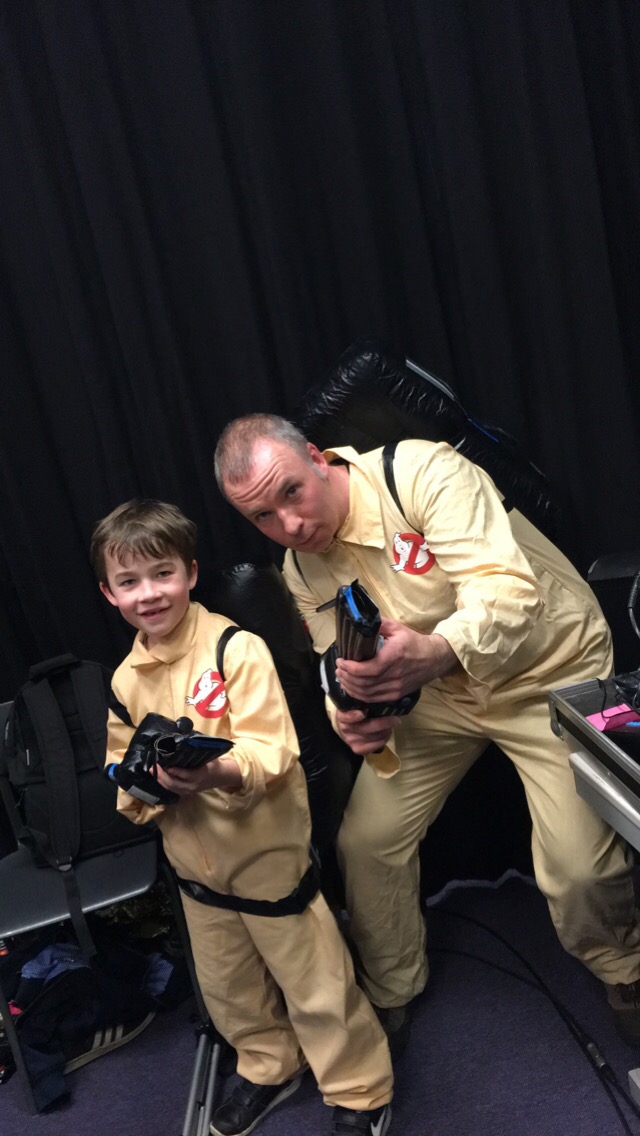 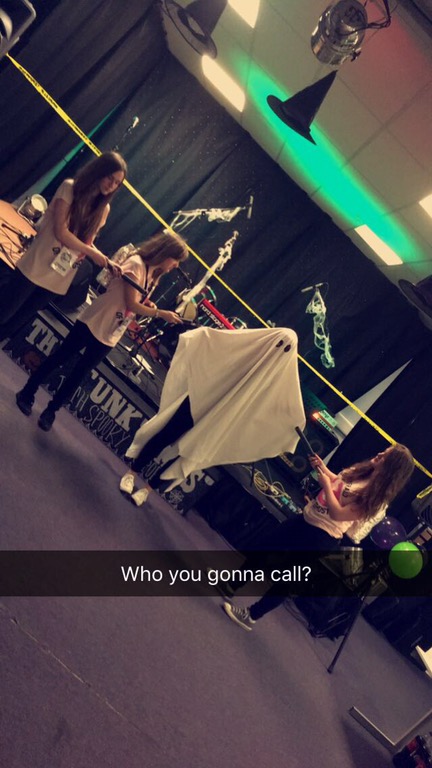 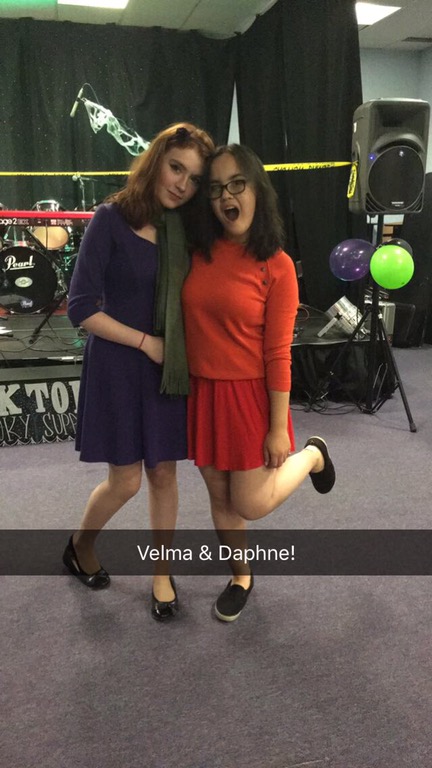 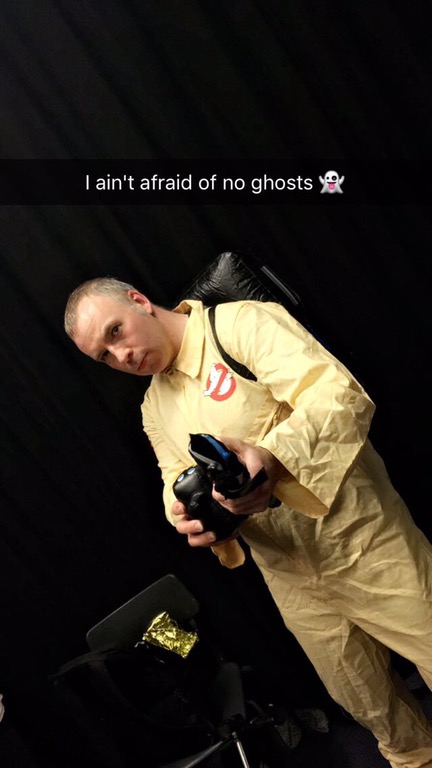 The night started with an opening act from Sam Blott with the help of Zoë Galbraith. He played some spooky support songs. This was Sam’s first gig as an artist with us and he did a fab job. 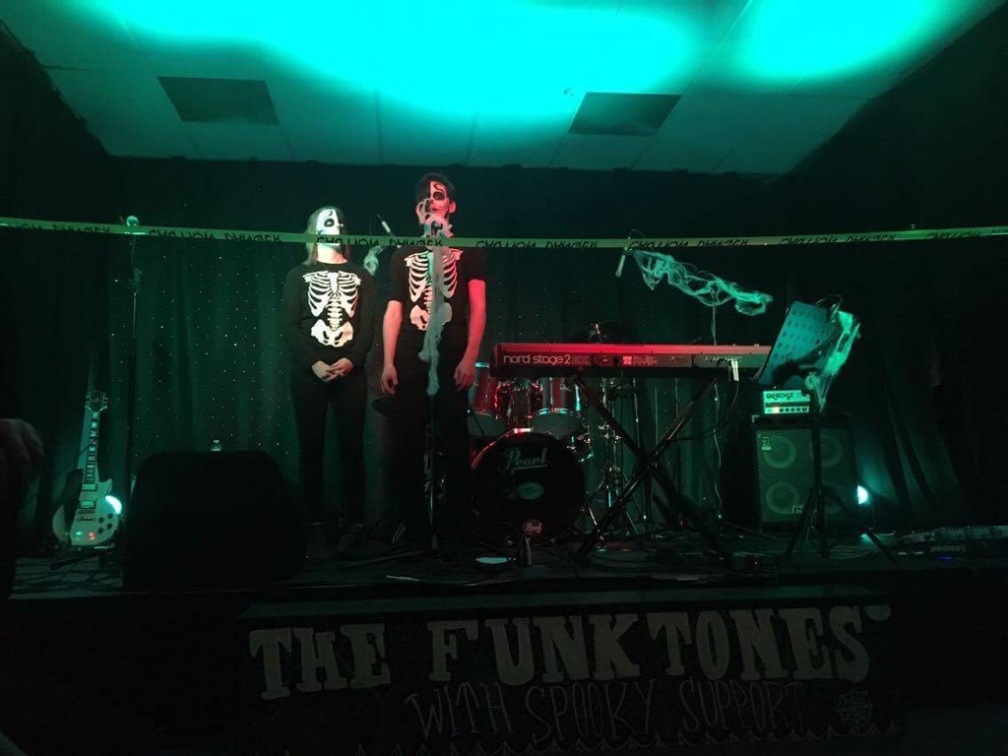 After a short break where people filled themselves on the delicious Halloween bake sale, we had the main act. The Funktones. Their music was amazing, they got the audience up dancing, the bar was flowing and the atmosphere was amazing!

Before the doors opened Caitlyn interviewed them all and this is what they had to say;

What inspired you to become musicians?

That’s a tough one really.. errm I don’t know. I never really thought about it really until I went to high school and then it just kind of happened really. I was just into art and then I was into technology and I thought I was going to go down the djing route really and I wrote a few songs using computers and that and then you needed an instrument to do music so Keith gave me a base guitar and the rest as they say is history.
Umm well eh John and I went to school together Mr Murphy taught both of us .. the rest of the teachers in the department were really inspiring you know kinda got us into it. My dad had some Eric Clapton stuff and I thought he was the coolest guy in the world and I just wanted to be like that and Mr Pilchar started teaching me at some point and helped me a lot and obviously Mr Murphy too and yeah just.

So yeah it was good teachers that got is into it.
I think as well when we were younger and we started doing concerts all of the time and that’s the thing I loved doing. I loved playing. I loved getting up in front of people and being quite a show off but no yeah I went on and studied it at college and stuff and been playing for a few years now.

I was the same. I had a very nice teacher in school. She was amazing and eh I think that’s what made me love it so I went to piano lessons and then I didn’t sing until I went to uni. Surprise guys! It’s actually true!
What is your song writing process and how has it changed over time?

We don’t really write together because we started as a function band so eh our set consists of songs that people will know and like and that’s they’d want to dance to . I think we all kinda write individually.
Yeah I’ve been in tonnes of bands who’ve done song writing and I tend to find that theres two ways of doing it. There’s getting in a room and just bouncing ideas off of each other which is a very organic process and takes a lot of time but there’s another way of doing it which a few guys who I played with were jazz influenced and what they would do was record everything and then send everything to me and I would do my bit and we’d get together at rehearsals and do stuff together and that was a really cool process.
But yeah we do put our own spin on things and really the way we do that is sort of by bouncing ideas off of each other. Someone will say I think we could play it this way.

What advice would you have to aspiring musicians?

Just keep on at it. Keep practising.
Keep your motivation. Music is the greatest thing in the world so just keep on going and stuff. Yeah and remember everyone has got an opinion, everyone’s got an opinion and you don’t have to agree with it. And you’ll come across loads of people who will try and put you down. And just realise that that’s their opinion and don’t take it personally and do your thing.

What are you listening to at the moment?
I love Michael Jackson so much.
I’ve got so many. So many genres. Eh… Im really into John legend and The Woods. Which is kinda soul and stuff. I’m also really into Radio Head and just for something a bit punky I’m into Bring me the Horizon too.
Have you enjoyed your time at the hub so far?

Yes, it’s so lovely, I love the amount of effort everyone put in.
It’s unbelievable.
It’s brilliant.
It’s really nice. It looks amazing and it shows.
We made sure to get a team photo with The Funktones at the end of the night!